Greetings and welcome to the best diving in the world. In the following pages, you will see amazing underwater dive sites full of healthy coral reefs, beautiful fish, seascapes, sunken wrecks and much more. The Philippines is a wonderful combination of ocean diversity. Our many islands and large landmasses provide an amazing array of habitats under the sea that attracts some of the most unusual and sought-after creatures in the world.

I n the Philippines, the birth of sport diving is generally said to have taken place in Anilao, which is still a popular dive destination to this day. The pioneering Aquatropical Divers opened in 1966 and scuba tourism was born. That makes sport diving here one of the earliest founded anywhere on the globe. Since then, the sport has blossomed, expanding to areas like Puerto Galera and now pretty much all across the country. Divers used small traditional outriggers back then to get to the dive sites and many beach dive areas were found.

The WWII years and even earlier have left an undersea legacy that now benefits divers. Subic Bay, just north of Manila, is a popular wreck diving spot. The American WWII victim USS New York and many others, including remnants from Spanish Manila Galleon days, are covered in marine life. Following the exit of US troops after the eruption of Mt. Pinatubo, the bay is now open for exploration and hosts wreck divers, deep tek and lots of training.

There’s a saying that the Philippines has it all and this is certainly true above the sea (as well as below). Northern terraced mountains give way to the steamy southern rainforest. In many parts of the country, rice fields sit in the shadow of volcanic cones (some still active). Their past eruptions have created some extremely fertile regions making farming popular for nearly half of the Philippine land. And the Philippines boasts over 7,000 islands (the official count is 7,107) and some stunning, coconut-covered atolls.

Language – A total of 182 native languages are spoken in the country and four languages have been classified as extinct. There are 13 indigenous languages with at least one million native speakers: Tagalog, Cebuano, Ilokano, Hiligaynon, Waray-Waray, Kapampangan, Coastal Bikol, Pangasinan, Maranao, Maguindanao, Kinaray-a, and Tausug. One or more is spoken natively by more than 90% of the population

Culture – The Philippine culture is famous worldwide for its colorful dances, songs, and tasty cuisine. The culture of the Philippines has been heavily influenced by both Asian and Western cultures. The Philippines was first settled by Melanesians. Today, few in number, they preserve the traditional way of life and culture. After them, Austronesians, or Malayo-Polynesian, arrived on the islands. Today the Austronesian culture is very evident in the ethnicity, language, food, dance, and almost every aspect of the culture 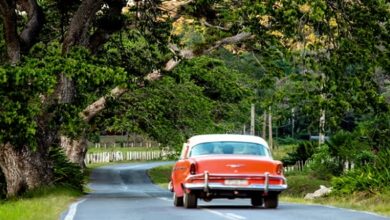 Photography on the road